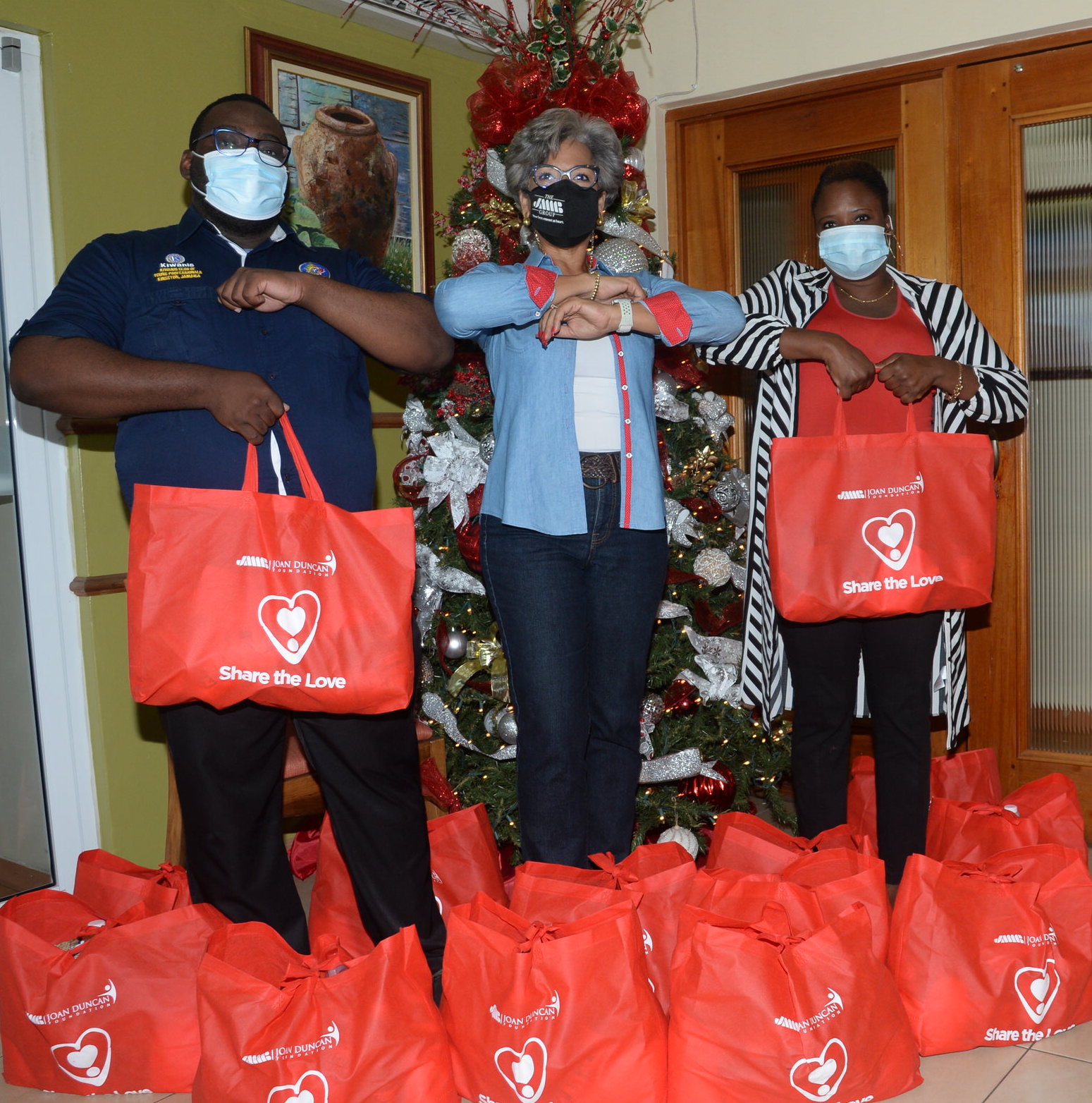 Love is in the air, as the JMMB Joan Duncan Foundation, this year, donated care packages to over 1,100 individuals island wide with the assistance of JMMB Group team members and in partnership with a wide cross-section of charities. This initiative is a part of the JMMB Group’s Share the Love annual Christmas outreach programme.

Kim Mair, CEO of the Foundation, outlined, “Having also supported the PSOJ-led COVID-19 relief efforts, we recognize firsthand, the challenges that many individuals have faced and continue to endure as a result of the pandemic. As such, the Foundation has sought to share hope and love in the form of these care packages to the most vulnerable individuals in our communities, like the elderly, shut-ins and those individuals that have been unemployed for extended periods, resulting in major hardships. In the true spirit of the season, we want to especially remember to be our brothers’ and sisters’ keepers and share love with each other. The Foundation, therefore, invited our wider team to identify individuals and organizations with genuine need in every ‘nook and cranny’, so that we can provide a lifeline for these individuals, and give them a glimmer of hope.”

The 1,100 packages, valued at over J$4.5 million, were stuffed with a variety of food supplies and Christmas cake, to provide a meal to a small family, for a week.

Touch One, Touch a Thousand
The Foundation head noted, “As we empower our team to touch the lives of these vulnerable individuals, by participation in the Share the Love initiative, we also hope to cause a ripple effect of kindness and love, among our team, thereby building on this outreach programme, so that they too can share love in their own small way in their communities.”  Mair added that as an organization built on a Vision of Love, and as part of our commitment to being socially responsible we seek to actively support and engage in outreach efforts, recognizing our role as part of the wider chain, especially in the communities in which we operate. 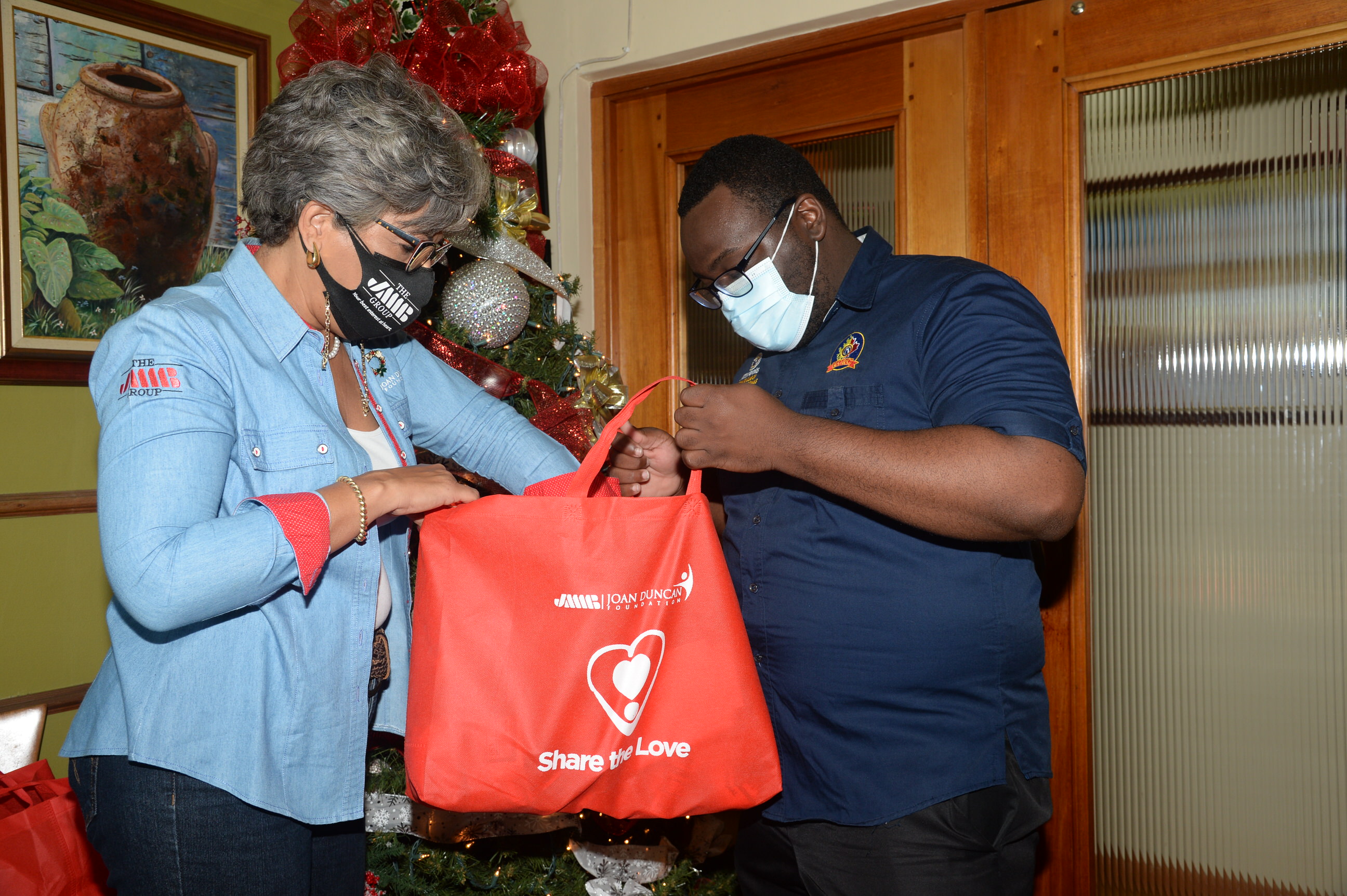 Kris-Michael Robinson, president of Kiwanis Club of Young Professionals Kingston, Jamaica (KYPKJ), expressed gratitude to the Foundation for this donation, which will be used to offset the club’s “A Full Plate for Christmas” outreach, which is geared to provide support, during the Christmas season, to some of the most vulnerable students and their families at the Norman Gardens Primary School and the school’s breakfast programme.  Robinson shared, “Several children and their families from the school, which consists of a large population of vulnerable individuals from low socio-economic circumstances, have been plunged further into poverty, as a result of unemployment, leaving them in a dire situation unable to properly satisfy their basic needs. As such, this year, the club wanted to lend support in a more tangible and meaningful way, to these children and their families, having previously hosted a Christmas treat for the children in the KYPKJ’s Bring Up Grades programme.” The president also lauded the Foundation for its continued support and partnership that have seen several children at Norman Gardens Primary benefitting.

Previously, JMMB Group, through its Christmas initiative, has also joined forces with other charities, such as: the Feeding of the 5000, and Gift of Love Ja, Feed My Sheep Outreach Ministries, Kiwanis Club of Liguanea, #ChristmasInRiverton toy drive and Future Hope, to spread cheer and give of themselves to inner-city residents and homeless individuals in the Corporate Area.

In addition, the JMMB Group, through its foundation, actively engages in youth development, nation-building, educational initiatives, entrepreneurship, and community outreach.